2017 Has Spelled Trouble for the Indian Startup Ecosystem 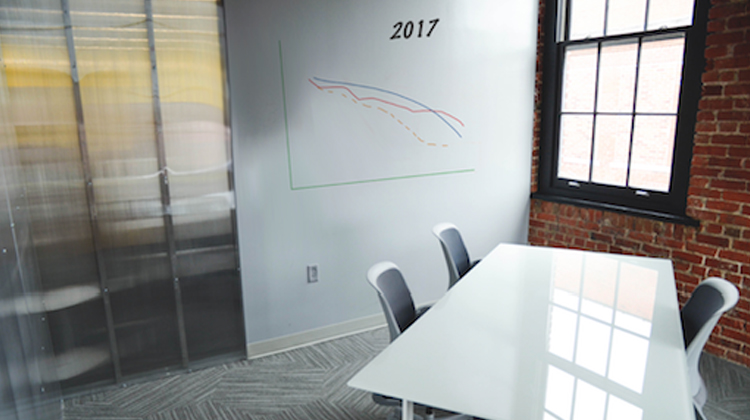 India may have been slightly late to the startup game, but it is certainly no small player. In 2015, India was ranked 3rd in the global market with more than 4200 startups that were creating over 80,000 jobs. By 2016, over 6000 tech startups had appeared on the scene. This figure does not highlight how many were funded, however.

As concerns funding, around 816 startups, spanning all industry sectors, received a sizable boost in 2015. 2016 showed more growth, with around 894 startups added to the roster. Healthcare, IoT, Digital Payments, and consumer internet services got special attention.

The startup economy in India saw its first investor frenzy in July 2014, when online retail giant Flipkart raised $1 billion, reaching a staggering valuation of $7 billion. Almost everyone with a business dream put on their entrepreneurial caps, approaching investors with bold, quirky ideas and all sorts of speculated growth trajectories.

If one were naïve, the trend would look pretty straightforward, no to mention optimistic for 2017. More funding, more startups, an increased influx of aspiring entrepreneurs, right?

Sadly, that isn’t the case at all.

2017, from what we’ve observed so far, has been nothing but trouble for the startup ecosystem.

Tracxn, an analytics firm that specialises in tracking the startup economy, has put out some worrisome numbers. January 2017 began this trend with only $173 million worth of investments over 108 deals. The number was twice that ($453.19 million) for the same period in 2016; and for the same amount of deals, too.

In the first 10 months of 2017, only 482 startups were funded by seed and angel investors. And, with less than two months left before 2017 wraps up, it seems unlikely that the numbers will even approach those recorded in the previous two years. Other figures are similarly gloomy. This year, only 800 tech startups have been kickstarted as compared to the previously mentioned number of 6000, which is an extreme slump in figures.

Of course, the question on everyone’s mind is the same:: ”What’s causing this slump?”. As it turns out, a variety of reasons have contributed to this state of affairs.

Firstly, the viability of the startups has been brought into question. 2014-16 was a period where the economy had just become more conducive. VCs were bolder and wanted to inject money into the startup ecosystem. They were betting on ideas that were of the make-or-break variety, and for some, the gamble even paid off.

Earlier, the top stars were consumer Internet and eCommerce companies. However, the failure of certain big players has discouraged investors. SnapDeal is a classic example of an eCommerce company having failed miserably. They have now sold their logistics unit in order to make ends meet while fending off their conservatively safe stakeholder, SoftBank, who wished to sell their rights to Flipkart.

As a result, VCs have now begun investing in HealthTech startups followed by those dabbling in the SaaS, B2B services, and fintech sectors. The Economist states that even though smartphone penetration has risen, there are only 250m Indians with internet access, and over that, access to credit/debit cards. Even amongst these, only a portion has turned to shop online. A spokesperson from Jefferies Equity Research has stated that the number of active online shoppers has flatlined to 40 million in 2015, and hasn’t risen dramatically since. Many companies have also failed since they did not implement a hyperlocal plan, and scale up efficiently.

Another reason is the entry of big players like Amazon and Uber who have been driven away from China. They now desperately seek to consolidate their foothold in India. Amazon has pumped $5 billion into its Indian counterpart, for instance, making other competitors look tame while also driving away potential investors.

However, all hope is not lost. VCs may be funding cautiously, but if they see potential, they are willing to step up in terms of volume. Overall, startups have raised $10 billion, but this is not distributed evenly, hence resulting in a fewer number of deals (841 vs 1300 last year).VCs are now investing in those who are industry leaders, having has enough of playing with fire in 2015-16.

They’re keen to not let their gambling instincts govern their decisions, and justifiably so. Paytm, Flipkart and Ola have secured more than half the funding this year. They are also targeting newer sectors that are more profitable. Healthcare tech startups like Practo alone have walked with pockets full of moolah – to the tune of $57 million.

The Indian startup scenario posited a very favorable dream for entrepreneurs, who could throw out bold ideas in front of VCs, similar to their counterparts in San Francisco, and expect voluminous amounts of currency. However, this dream may just be short-lived unless there is a way in which entrepreneurs legitimize their ideas with more data and prototyping techniques.

As for what comes next, this trend is likely to continue. Funding is posited to get more concentrated and will be given to companies that favor ROI. Anand Lunia, the founder of India Quotient, also believes that there will be a bubble effect created because of rising capital.

With this whirlwind of predictions, we can simply wait and watch – like the investors themselves are.